How to Run Bash Ubuntu Through Command Prompt in Windows 10

Until now, the console can still familiar to you has a command line and PowerShell. But since the release of the anniversary update (Build 14316), Microsoft brings Ubuntu Bash Console integrates directly with Windows 10, so you can run Linux commands directly from Windows 10.

If you have Ubuntu Bash, increased by 1 again lists the console on Windows 10 in addition to the command line and the PowerShell, which has been around for a long time. Or maybe you know a little trick that neither Shell not agile and can run PowerShell console each other.

For example, we could start PowerShell from the command line, or vice versa.

Similarly, Bash Ubuntu, you can also run it directly from another console as a command line or PowerShell.

First, make sure that you include Ubuntu Bash function in advance. If it was open a command prompt and enter PowerShell commands or Bash / Bash.exe directly run Ubuntu bash console. 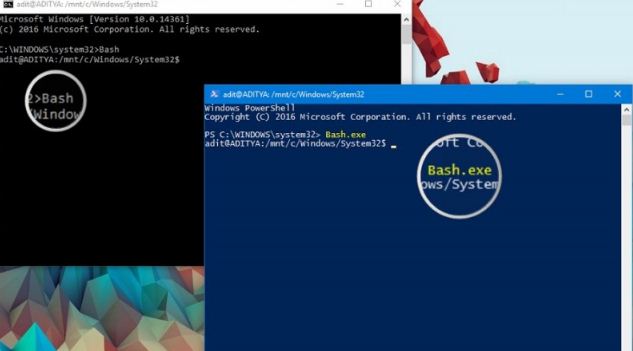 Thus, Ubuntu bash can be run from the command line or PowerShell console. In addition, you can directly control the ubuntu bash, depending on the circumstances. And if you want to get out of Bash ubuntu and back with the help of the previous console. Just type exit command.